No Burning Buildings For Her 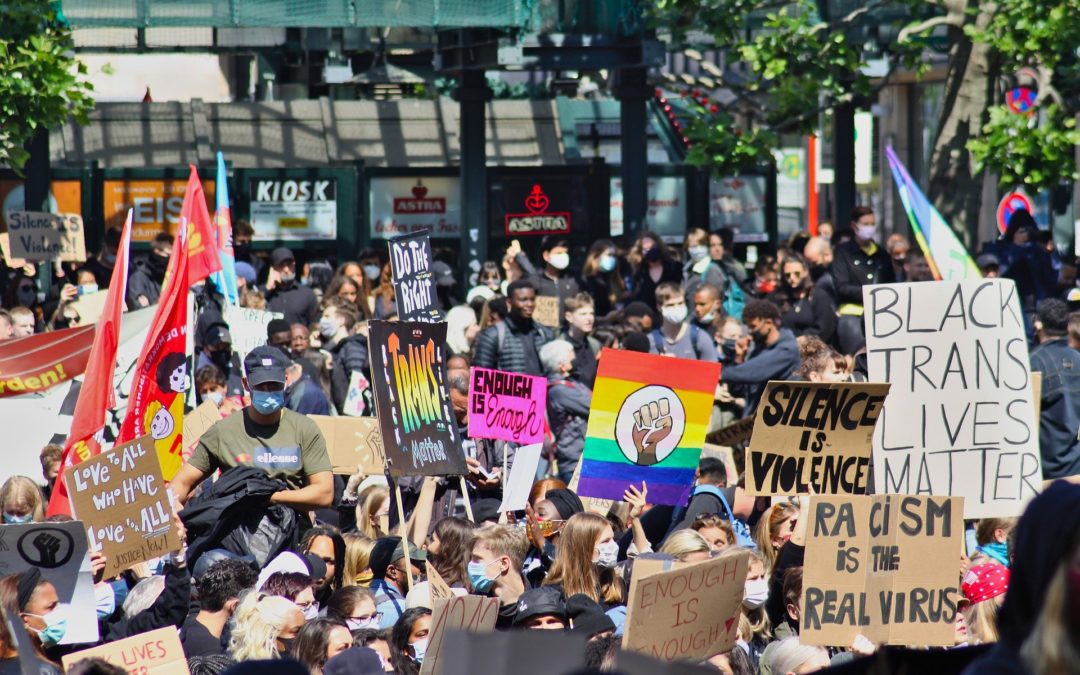 No Burning Buildings for Her

Our neighbours to the south have taken center stage in global media yet again. With dramatic imagery of riots and burning building over the racially motivated crime and police brutality filling our news feeds and headlines, there is a need for pause and need for Canadian reflection. Are we as innocent as we would all like to think?

Since the murder of George Floyd in May of 2020, racial violence has been at the forefront of everyone’s minds. Canadians, and subsequent media outlets, have taken a unique stance on the violence south of the border. Thirty-seven million of us have sat on our high horses and looked down at our closest ally and trading partner, acting as if we have nothing to hide and could not possibly be as blatantly racist and violent as them. We could not be more wrong. The media has painted the United States as a chaotic and foreign place in the Canadian press, capturing every minute of the riots and exclusively covering US-based human rights violations. The states are so crazy; how could they possibly not have this under control? How can their people stand for this?

We have collectively turned a blind eye to the national human rights crisis right in our backyard. That is right. A national human rights crisis in Canada that is drawing international attention from other United Nations members. Our indigenous women and girls are being attacked at an alarming rate, and no one seems to care. That is unless you are one of the multiple organizations and governing bodies that seem to be sweeping this under the rug. This is not a small problem, nor a new one. Statistics Canada conducted a study in 2009 and found that Indigenous women were three times more likely to report violent crimes from either strangers or domestic violence. That is if they can report it; that same study also found that Indigenous women are seven times more likely to be a victim of homicide than other racial profiles. This systemic racism is also prevalent in, you guessed it, our police force. Even though Indigenous women make up only 6% of Saskatchewan’s population, they account for up to 60% of the missing person’s cases.

These staggering statistics have two possible explanations. The first being that these crimes are racially motivated and are carried out as hate crimes against the Indigenous population. The second, and much more chilling, is the realization that these women are specifically targeted as victims of violent crimes because the perpetrator believes that they can evade prosecution for their crimes as it is highly likely that the victim will be discriminated against in the judicial system. Perpetrators are selecting Indigenous women as victims because society has proven that we do not seek justice for these women with the same conviction as we do victims of other races. And do not think that Justin Trudeau has this crisis under-wraps. Humanity organizations have brought the issue to the United Nations Council. Twenty-four separate countries voiced concern for Canada’s indigenous women. Few of which, including New Zealand and Switzerland, have called for a decisive plan to be made to protect these Canadian women. Canada did not acknowledge the need for change.

Further, three different international human rights organizations have made trips to Canada to at least in part investigate the crisis. Yet we, as a country, continue to show that we are indifferent to the crisis. Our national hubris prefers to demonize the United States for their appalling lack of government intervention about the racial human rights crisis. At least their people recognize the problem. This national human right crisis has hypocritically been skipped by many of the major news outlets as they cover the soap opera in the United States. We have ignored this messy crisis, resisting accepting that everyone has a part to play in this problem.

This hypocrisy can be seen in the workplace. Our workplace culture must change if we are to save our Indigenous women. We must become more accepting and demonstrate our commitment at a corporate level in our hiring, diversity strategies, and our corporate social conscience to investigate any potential connections to the violence. Organizations must ensure that they are not unknowingly supporting this crisis financially. We must advocate as companies and people to change our culture in and out of the office and prioritize these women’s safety. It is the corporation’s responsibility to educate themselves on the battle’s Indigenous women face in the workplace.

Leveraging a more inclusive recruitment process can be the first step in creating a more accepting environment for these women. Things like adding a wage range, creating a buddy system or reviewing company policies are steps in the right direction to ensure we are being inclusive to everyone, especially Indigenous women. Having the opportunity to thrive in the workplace would give these women the chance to escape poverty and violence in their communities.

Our Indigenous women need the support and protection of their nation. Canadians need to do better. Our systemic racism has landed many Indigenous women in inescapable poverty and precarious situations that put them at high risk for violence. We need to give these women the ability to escape these dangerous situations through education and work opportunities. Support from companies and people alike to make Canada the inclusive place we claim to be could not be more needed right now for the women who started our nation

A significant factor in the crisis is the failures of outdated police procedures that do not consider the alarming and disproportionate rate at which our Indigenous women are going missing. We need to ensure that crimes are being investigated with the same tenacity concern as any seemingly connected violent crimes. These are not random attacks. Our judicial system is failing our Indigenous women through deep-rooted racism and marginalization. These attacks are happening at such an alarming rate that we can not stop at jurisdiction lines. This is a problem across the nation, and our law enforcement procedures fail to consider this.

Canada has an immediate need for a coordinated nationwide effort and action plan to stop this human rights crisis in our own homes. We need it, and we need it now. We can not continue to look at the United States as if we have any moral high ground. We are allowing the slaughter of an entire peoples right under our noses yet shaming the United States and holding rallies with thousands of people for a single man thousands of kilometres away. But we turn our backs when our people need us? We need to show that this is the news we care about and the policies we all need to care about before it is too late.

It is already too late for hundreds of Indigenous women and their families.